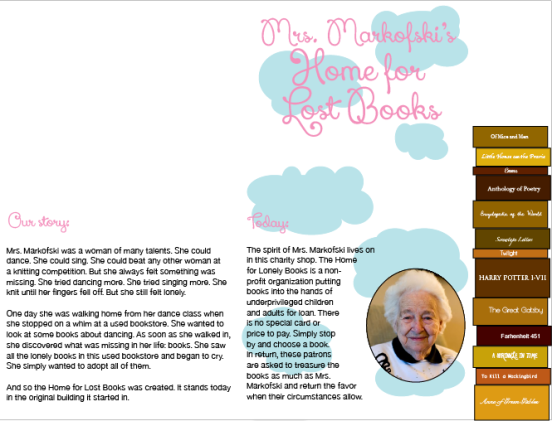 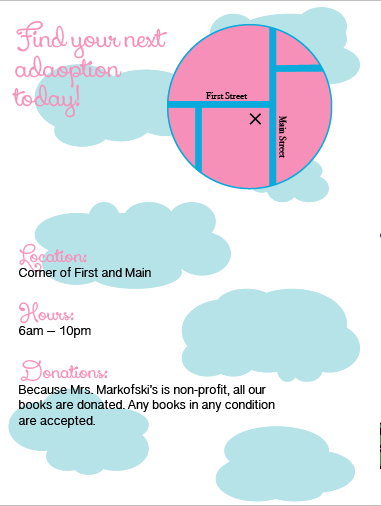 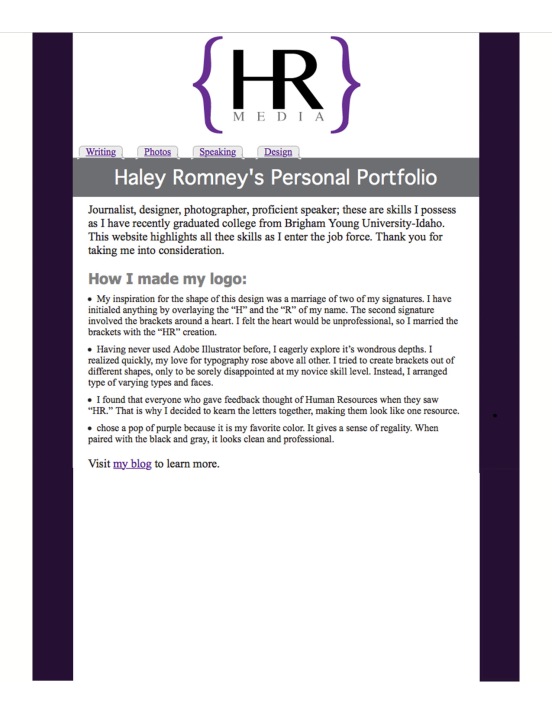 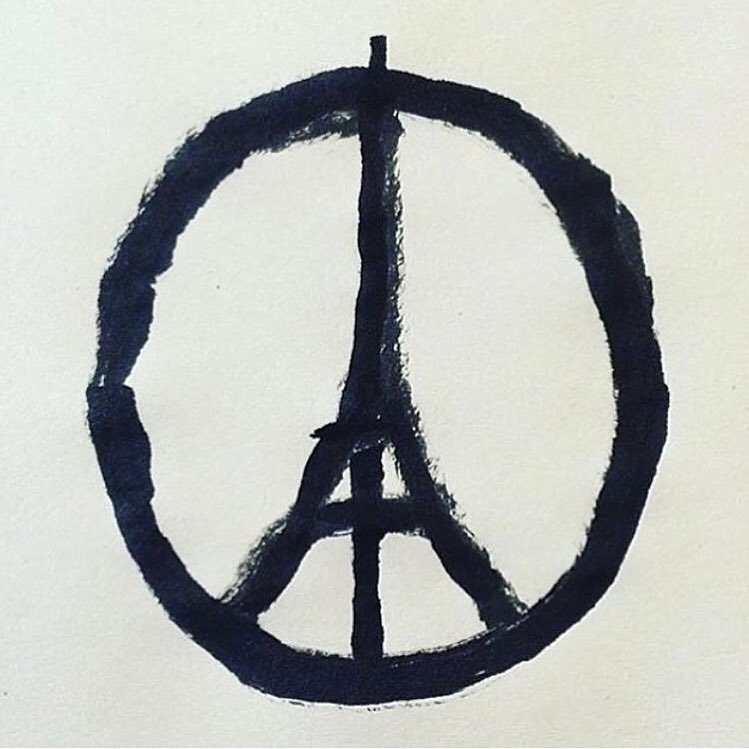 The world watched as Paris exploded.

Just 10 months after the attack on the Charlie Hebdo magazine, Paris is in a state of emergency once more. On the night of November 13, 2015, a series of concentrated terrorist attacks by the infamous ISIS has claimed the lives of 129 people and the security of a nation.

While the people of Paris scrambled to restore order and take care of the injured, the rest of the world watched. Leaders of other nations pledged support and sent condolences. President Barack Obama has pledges solidarity to the war torn nation and condemned the act of terrorism as not just an act against Paris, but an act against humanity.

“We stand prepared and ready to provide whatever assistance the people of France need to respond,” said Obama.

Hours after the attack the social media hashtag was born: #PrayForParis. Facebook released a temporary profile picture, allowing users to overlay their picture with the French flag. A flood of sympathies filled Facebook, Twitter and Instagram. For a moment in time, the world was united with the French people in their hour of need. 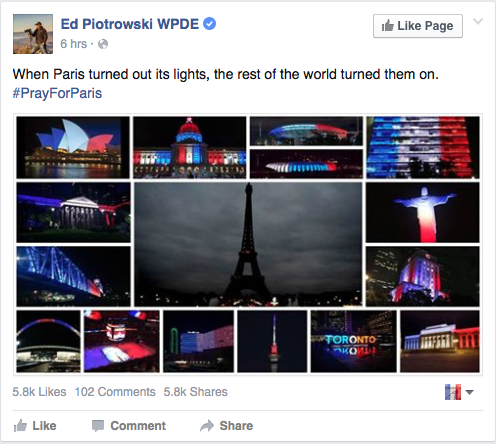 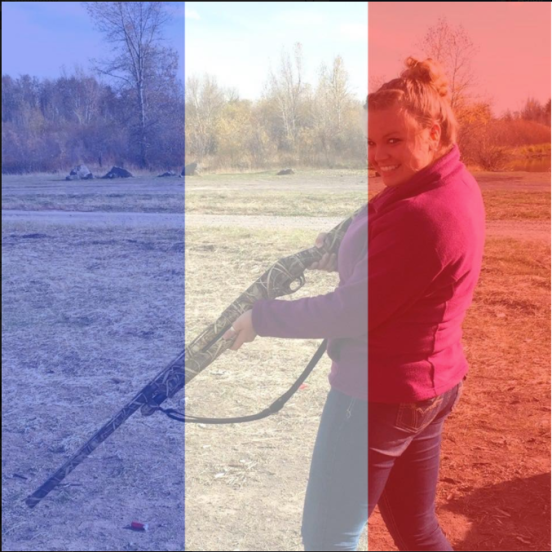 The Church of Jesus Christ of Latter-day Saints released this statement to Mormon Newsroom: “We pray for those affected, for their families and loved ones, for the leaders of nations and most especially for the people of France as they struggle to recover from the violence and loss they are feeling so deeply. We have directed that flags on Temple Square be flown at half staff, and that the French Flag be flown here as an expression of our love and support for them. In these hours of uncertainty and despair, we ask members of the Church everywhere to join with us in our prayer that the peace of the Savior Jesus Christ will provide comfort, healing, understanding and hope.” 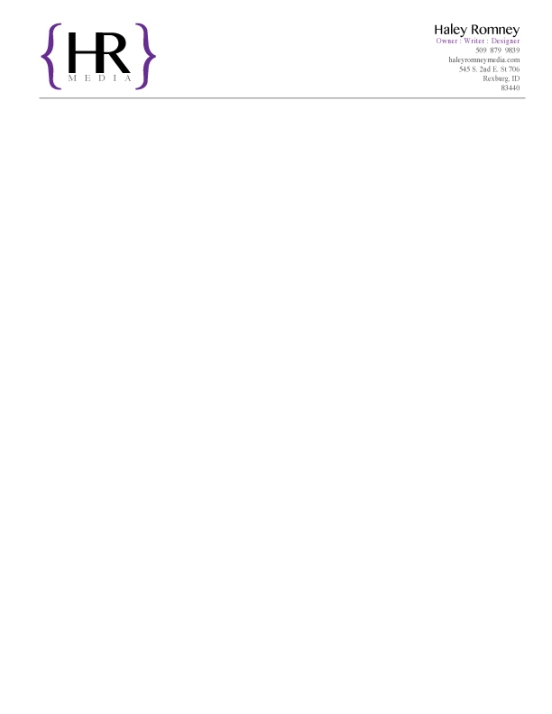 Four years. That is how long Syria has been at war with itself. And in a matter of weeks, over half the population left their war torn homeland in hopes of a better future.

Some countries want them. Some don’t. Either way, these refugees can’t go home.

Germany and Hungary recently closed their borders to refugees, forcing them to other European countries, seeking asylum. Turkey, Lebanon, Jordan and Iraq are Syria’s immediate neighbors and have taken their fair share of refugees. In Europe, countries like Sweden, the United Kingdom, Greece, Italy and France are popular destinations to war exhausted families, according to CNN.

The Church of Jesus Christ of Latter-day Saints, or the “Mormon Church” as some call it, has issued a statement about this crisis. It will be read to all the church members in their upcoming church meetings.

“It is with great concern and compassion that we observe the plight of the millions of people around the world who have fled their homes seeking relief from civil conflict and other hardships,” the letter from the governing bodies of the church said.

Many Saints (as church members are called) have already donated time and resources to help those displaced by violence. The letter continues by saying, “Members may contribute to the Church Humanitarian Fund using the Tithing and Other Offerings donation slip. We also invite Church units, families, and individuals to participate in local relief projects, where practical.”

The Church’s Humanitarian Aid program has helped millions in need over the last 40 years, and will continue to do so.

The letter concludes, “May the Lord bless you as you render Christlike service to those in need.”

Stormin'
Create a free website or blog at WordPress.com.